Tight clothes are not permissible for men or women

Is praying in pants invalid?

Shaykh Saalih al-Fawzaan has issued a fatwa stating that if a woman prays in tight clothes that show the shape of her ‘awrah, her prayer is valid, although she is sinning by wearing these clothes.

With regard to praying in particular, if a person prays with his ‘awrah covered in such clothes, his prayer is valid in and of itself, because the ‘awrah is covered, but he is sinning by praying in tight clothes, because he has transgressed one of the prescribed requirements of prayer by wearing tight clothes.

This is one aspect.

Wearing short or tight clothes in front of other women and mahrams ? Wearing short or tight clothes in front of other women and mahrams ?

So there is no ‘awrah between a man and his wife.

But between a woman and her mahrams, she has to cover her ‘awrah.

It is not permissible to wear tight clothing, either in front of one’s mahrams or in front of other women, if it is excessively tight and shows the woman’s charms.

Undoubtedly for a woman to wear something tight that shows her bodily charms is not permitted, except in front of her husband only, but in front of anybody else, it is not permitted, even if it is in the presence of other women, because she could be a bad example to others – if they see her dressing like this they may do the same.

Also: a woman is commanded to cover her ‘awrah with loose and concealing clothes in front of everyone, except for her husband.

She should cover her ‘awrah in front of women just as she does in front of men, except for what women customarily uncover in front of other women, such as :

What is the ruling on women wearing high heels? What is the ruling on women wearing high heels?

Wearing high heels is not permissible because it exposes women to the risk of falling, and we are commanded in sharee’ah to avoid danger in a general sense, as Allaah says (interpretation of the meaning):

It also makes women look taller than they really are and makes their posteriors appear more prominent, and this is a kind of deception and showing the adornments which the believing woman is forbidden to show.

as Allaah says (interpretation of the meaning):

Being a Muslim Woman, how must they wear their attire to say that she is a muslim woman?

Requirements for proper Islamic dress for a woman

Being a Muslim Woman, how must they wear their attire to say that she is a muslim woman?

Scholars have specified the requirements of the Muslim-woman’s proper dress before al-ajaanib (lit. foreigners, i.e., those to whom marriage is permissible) from both the Glorious Qur’aan and the sunnah.

Once a woman adheres to such conditions, she can wear whatever she likes and go out into public places so far as her hijaab complies with the Islamic law.

A summary of the requirements are as follows:

This is a summary of the requirements according to the Islamic shari’ah. A complete answer with the major daleel for each one shall be published in shaa’ Allaah.

Our advice is that women should not wear trousers 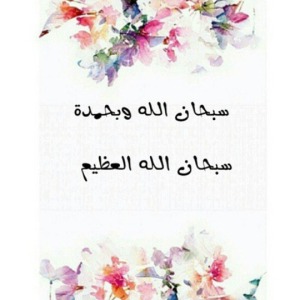 A woman should only wear women’s clothes, the dress of her own country; she should not deviate from that.

She should strive to wear concealing and modest clothes which are not tight or see-through, but which cover her and do not show the shape of the body, and which do not resemble the clothes of the kuffaar or of men, or a dress of fame and vanity.