Category Archives: From the Characteristic of the Salaf

The ten people who were given the glad tidings of Jannah?

The ten people who were given the glad tidings of Jannah?

The ten people who were given the glad tidings of Paradise were the companions of the Prophet (Sallallahu alaihi wa sallam) who are mentioned in the hadeeth narrated by ‘Abd al-Rahmaan ibn ‘Awf, who said: 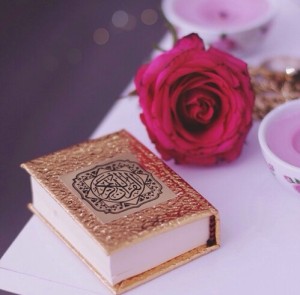 O slaves of Allah verily we have been plagued for some time now by a great tribulation done by some people whom Allah has favored with marriage. And this is their taking pictures of the wedding party; pictures with the camera and perhaps with tapes which can be placed in the television and these are the video tapes. This is the affliction which we have been plagued with. And I do not know the intent of these people.

None of these worldly and religious benefits are obtained by way of this reprehensible impermissible action. Rather the only thing that is obtained from this is exposing their disobedience to Allah the Exalted, and removing the veil of shyness from the husband and the wife, and from the community of women.

Do you have jealousy? Do you have belief in Allah? Do you fear Allah’s punishment? Do you not fear that the favor that was sent upon you will be changed into a punishment? Do you not fear the Creator of the earth and the heavens? Are you not afraid that you will be united with the enemies of Allah from the disbelievers and those who resemble them?

Whoever resembles a people then he is from them.

Are you pleased for the husband and wife to be punished through hatred and animosity between the two of them until the family bond dissolves? All of these affairs are possible to occur even if we are given respite while openly disobeying our Lord. This is only respite from Allah the Exalted.

Verily Allah grants the oppressor respite until He seizes him; He does not release him.

And the Messenger of Allah (sallallaahu alayhi wa sallam) recited:

And thus is the seizure of your Lord when He seizes the cities while they are committing wrong. Indeed, His seizure is painful and severe.

It is not hidden from anyone except the one whom Allah has erased away the light of his insight and diminished the jealously from his heart and decreased the religion from his heart.

O Muslims, O you who have jealousy, reflect upon this affair which your scholars have prohibited you from. Do not allow this blessing to sweep you into an abyss. This affair is evil, this affair is haraam, and this affair is a prelude to corruption; this affair gradually leads to haraam enjoyment and pleasure. Because everyone who takes these pictures, whether on video tapes or by camera, he is able to look and enjoy these pictures anytime he wants to look at them.

This issue is very clear. But where are those designated guardians – those who have direct responsibility over these women. And where are the guardians over the general affairs – those who have the ability to discipline those who do this with a discipline that will act as a deterrent for them and others. It is upon us to be strong in the religion of Allah. And it is upon us to not be concerned with anyone other than Allah the Exalted. And it is upon us to establish the limits of Allah. And verily I swear that whoever establishes the limits of Allah, for the sake of Allah, according to what the laws of Allah require, then Allah will assist him against all of his enemies.

O believers, O designated guardians, O general guardians, verily it is upon us all to come together to eliminate this evil corrupt phenomenon. By Allah this corruption is not a light matter even if some of the people take it lightly. Enjoying the wedding only occurs by showing gratitude for the blessings of Allah and establishing the ordinances that the legislation allows and not going beyond them or exceeded the limits of Allah or His laws.

And if only the people of the cities had believed and feared Allah, We would have opened upon them blessings from the heaven and the earth; but they denied [the Messengers], so We seized them for what they were earning.

Then, did the people of the cities feel secure from Our punishment coming to them at night while they were asleep?

Or did the people of the cities feel secure from Our punishment coming to them in the morning while they were at play?

Verily it is upon us, the believers – a responsibility. We are not like those who disbelieve, and enjoy themselves and eat as cattle eat, while the fire is their destination. Verily it is upon us believers, those who thank Allah for favoring us with eemaan, there is a great responsibility upon us that we implement the laws of Allah. This is the freedom that is beneficial freedom not unrestricted freedom at the expense of others.

Ibn al-Qayyim (may Allah have mercy on him) said:

Everyone will be asked about the blessings that he enjoyed in this world:

did he acquire them in permissible and lawful ways or not? If he is saved from this questioning, he will be asked another question:

did he give thanks to Allah, may He be exalted, for it then use it to help him obey Him or not?

Because they sought Allâh

It is reported that the son of Al-Fudayl b. ‘Ayyâd – Allâh have mercy on him – said to his father:

Father! How sweet (beautiful) the speech of the Companions is! [Al-Fudayl] said, “Son, do you know why it was so sweet?”

He replied, “No father, I do not.” He said, “Because they sought Allâh the Exalted when they spoke.”

Difference between the samā’ (sky) & the ard

Ibn al-Qayyim may Allah have mercy on him said:

“Deeds are not favoured by their outer appearance or their numbers,
but indeed they are favoured by beautifying what is in the heart (ikhlās),

May Allah make us from the mukhlisīn!

Posted in Acts of Worship / Ibaada'h, From the Characteristic of the Salaf