Are the marks on Maqaam Ibraaheem the footprints of Ibraaheem or not?.

Praise be to Allaah.
Maqaam Ibraaheem (the Station of Ibraaheem) is the stone on which he stood when the building became higher than he could reach.

So his son put this famous stone there for him so that he could stand on it when the building grew tall… The footprints of al-Khaleel (Ibraaheem) remained on the rock until the beginning of Islam.

Ibn Hajr said: What is meant by Maqaam Ibraaheem is the stone on which are the marks of his feet.

The marks of his feet were clear on it and were well known; the Arabs were familiar with that during their jaahiliyyah and the Muslims also knew of that, as Anas ibn Maalik said: I saw the Maqaam on which were the marks of his toes and heels.

But they disappeared because of people touching them with their hands.

Ibn Jareer narrated that Qataadah said: “ ‘And take you (people) the Maqaam (place) of Ibraaheem (Abraham) [or the stone on which Ibraaheem (Abraham) stood while he was building the Ka‘bah] as a place of prayer (for some of your prayers, e.g. two Rak‘at after the Tawaaf of the Ka‘bah at Makkah)’ [al-Baqarah 2:125 – interpretation of the meaning].

This means that they were commanded to pray at that place; they were not commanded to touch it. This ummah went beyond what was prescribed for it, to an extent that no previous nation did. We have heard from those who saw the marks of his heels and toes on it, but this ummah kept touching them until they disappeared.”

Undoubtedly Maqaam Ibraaheem is proven and that on which the glass enclosure is built is indeed Maqaam Ibraaheem. But the engraved marks that appear on it do not seem to be footprints, because what is well known from an historical point of view is that those footprints disappeared a long time ago.

But these engraved marks were meant as a marker only, and we cannot be certain that these are the footprints of Ibraaheem

The best book on the stories of the Prophets 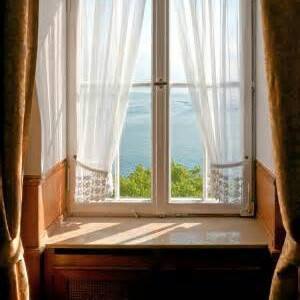 The name of a book that has not been distorted and is trustworthy, about the stories of all the Prophets.
Praise be to Allah.

Reading the stories of the Messengers and Prophets in the verses of the Qur’aan is one of the greatest ways of bringing benefits and good to the Muslim, let alone the immense reward that is attained by the one who ponders the Book of Allah, may He be exalted.

Hence we advise you to be keen to pursue this way of goodness, for the Muslim can never do without the Book of Allah, may He be exalted, no matter what other books he reads.

With regard to the books of the scholars about the stories of the Prophets, the best of them – as it appears to us – are the following:

This is perhaps the best of the books of the early scholars on this topic, as it is distinguished by compiling all of the verses having to do with the story of each Prophet in one place, and making connections between them by commenting on them and quoting hadeeths and reports that have to do with them.

It is an encyclopaedic and well organised book that discusses the lives of the Prophets, although it quotes rather too many reports that are not proven and some reports from Jewish sources (Israa’eeliyyaat).

However for the most part he points out the origin of these reports, and he states that he only quotes for the purpose of studying them and highlighting their status.

2. al-Ahaadeeth as-Saheehah min Akhbaar wa Qasas al-Anbiya’ (The saheeh hadeeths that speak of the lives and stories of the Prophets) was compiled and their isnaads evaluated by Ibraaheem Muhammad al-‘Ali (publ. by Dar al-Qalam in Damascus and Dar ash-Shaamiyyah in Beirut, 276 pages). It is a very useful book that is distinguished by the fact that it includes many hadeeths that speak of the stories of the Messengers and Prophets, and the material is organised with comments in a manner that complements these stories.

The author (may Allah have mercy on him) put a great deal of effort into selecting saheeh and hasan hadeeths and reports, and avoiding weak and fabricated material. This may be the best contemporary book on this topic.

3. Qasas al-Anbiya’ by al-‘Allaamah ‘Abd ar-Rahmaan as-Sa‘di (d. 1376 AH). This is a short book that is taken from his book Tayseer al-Lateef al-Mannaan fi Khilaasat Tafseer al-Qur’an, in which he recounts the stories of the Prophets as they were narrated in the Holy Qur’aan, in sequence, and he follows each story with a brief discussion of what we learn from it.